We can always use a chuckle or a smile!
Missing Monday Morning Coffee...

Joke For September
Late one night a burglar broke into a house and while he was sneaking around he heard a voice say, “Jesus is watching you.” In a dark corner, he saw a cage with a parrot inside. The burglar asked the parrot, “Was it you who said Jesus is watching me?” The parrot replied, “Yes.” Relieved, the burglar asked, “What is your name?” The parrot said, ”Clarence.” The burglar said, “That’s a stupid name for a parrot. What idiot named you Clarence?” The Parrot answered, "The same idiot that named the rottweiler Jesus.”

Joke for August
A 100 year old man walked into an electronics store and asked a store clerk about two electronic devices that had different prices. The store clerk asked him what he was going to use it for. “I’m going to use it for social media” the elderly man replied. The store clerk then said, “Both of these devices would work fine, but the more expensive one might last a bit longer.” With that the 100 year old man said “Last longer? Son, I’m 100, I don’t even buy green bananas!”
Breaking News

The RIOTING in major cities across the U.S. has spread to THE VILLAGES, Florida, a retirement community of 100,000.

The thugs were easily caught and arrested since they were using their walkers and golf carts to flee.

The protests have been limited to the evening hours because most of the lawbreakers either had doctors' appointments during the day or rioting would have interfered with their naps.

The marches didn’t last that long because many of the demonstrators had to get home to pee.

In many cases, the demonstrators simply forgot why they were even there.

Officials considered a curfew starting at 9 p.m.  But since that’s the time when most of the residents go to bed anyway, it was decided that it wasn’t needed.

Community leaders concluded that part of the problem was that residents were restless because they had too much time on their hands since the recreation centers, pools, theaters, boutique stores and especially the bars were closed due to the coronavirus.

Community officials wanted to form a committee to look further into the problem, but the next day no one could remember why they needed a committee.

Lockdown Humor
12 Commandments for Growing Older​And one more:
So you know you're growing old when "one for the road" means taking a pee before you leave.

This is My Spot . . and I'm not moving!
Nesting Falcon - BEAUTIFUL!

It is a beautiful sight to see one nesting high up in a majestic Eucalyptus tree!

Consider sending the photo below this to your older friends, since the younger ones probably​ have never seen a falcon, and wouldn't recognize it. 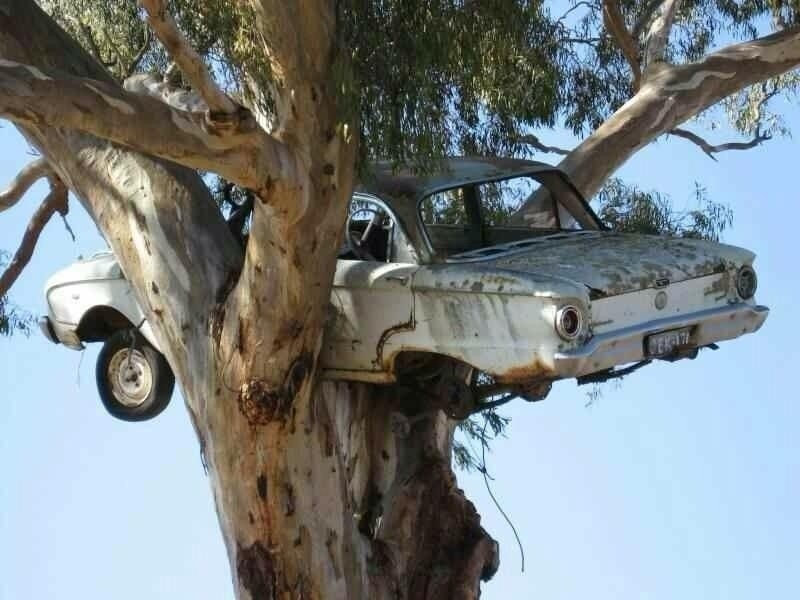 Pregnancy Questions & Answers (for our kids and grand kids...whew!):

Q: I’m two months pregnant now. When will my baby move?
A: With any luck, right after he finishes college.

Q: What is the most reliable method to determine a baby’s sex?
A: Childbirth.

Q: My childbirth instructor says it’s not pain I’ll feel during labor, but pressure. Is she right?
A: Yes, in the same way that a tornado might be called an air current.

Q: When is the best time to get an epidural?
A: Right after you find out you’re pregnant.

Q: Is there anything I should avoid while recovering from childbirth?
A: Yes, pregnancy.

Q: Do I have to have a baby shower?
A: Not if you change the baby’s diaper very quickly.

Q: Our baby was born last week. When will my wife begin to feel and act normal again?
A: When the kids are in college.

Q. What is the most common pregnancy craving?
A. For men to be the ones who get pregnant.

Q. My husband and I are very attractive. I’m sure our baby will be beautiful enough for commercials. Whom should I contact about this?
A. Your therapist.

Q. How will I know if my vomiting is morning sickness or the flu?
A. If it’s the flu, you’ll get better.

Q. My brother tells me that since my husband has a big nose, and genes for big noses are dominant, my baby will have a big nose as well. Is this true?
A. The odds are greater that your brother will have a fat lip.

Q. Since I became pregnant, my breasts, rear end, and even my feet have grown. Is there anything that gets smaller during pregnancy?
A. Yes, your bladder.

Q. The more pregnant I get, the more often strangers smile at me. Why?
A. Because you’re fatter than they are.

Q. Where is the best place to store breast milk?
A. In your breasts.

Q. Is there a safe alternative to breast pumps?
A. Yes, baby lips.

Q. How does one sanitize nipples?
A. Bathe daily and wear a clean bra. It beats boiling them in a saucepan.

Q. Can a mother get pregnant while nursing?
A. Yes, but it’s much easier if she removes the baby from her breast and puts him to sleep first.

Q. What happens to disposable diapers after they’re thrown away?
A. They are stored in a silo in the Midwest, in the event of global chemical warfare.

Q. What is colic?
A. A reminder for new parents to use birth control.
The Chicken Gun
Scientists at NASA built a gun specifically to launch standard 4 pound dead chickens at the windshields of airliners, military jets and the space shuttle, all traveling at maximum velocity. The idea is to simulate the frequent incidents of collisions with airborne fowl to test the strength of the windshields.

British engineers heard about the gun and were eager to test it on the windshields of their new high speed trains. Arrangements were made, and a gun was sent to the British engineers.  When the gun was fired, the engineers stood shocked as the chicken hurled out of the barrel, crashed into the shatterproof shield, smashed it to smithereens, blasted through the control console, snapped the engineer's back-rest in two, and embedded itself in the back wall of the cabin, like an arrow shot from a bow.

The horrified Brits sent NASA the disastrous results of the experiment, along with the designs of the windshield and begged the U.S scientists for suggestions. 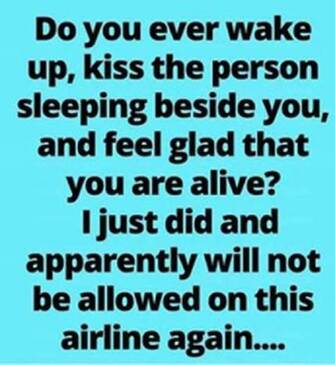